Dealing with OCD while gaming makes playing a difficult thing to do.

At worst, I feel like if I don’t answer, something bad will happen to me or the people around me. At best, it’s a mild inconvenience that is satisfying to my brain if I beg to its wishes. I know in my head that it’s silly, but there’s a fear inside me that I can’t shake at times of stress or at random. Having this curse makes consuming media much harder than the average person.

But what is it? OCD, short for obsessive compulsive disorder, has the person fixate on horrible thoughts or negative feelings that aren’t wanted in the mind. But people react to it in different ways. For me, I pause and restart the game a certain amount of times or re-speak a line of dialogue, or even a high pitched shout or grunt. It’s tough and can deeply affect my enjoyment of a video game.

You must do this. You have to say it. It will make you comfortable.

Sometimes OCD decides the game I can play that day, what character I pick in a fighting game like Super Smash Bros. Ultimate (and immediately locks off characters), and what move I can unlock. It’s tough and OCD gets in the way of my enjoyment of a game. I’ve been able to ignore these attacks much more in recent years and think rationally, but sometimes I succumb to the temptation of feeling safe without risk. 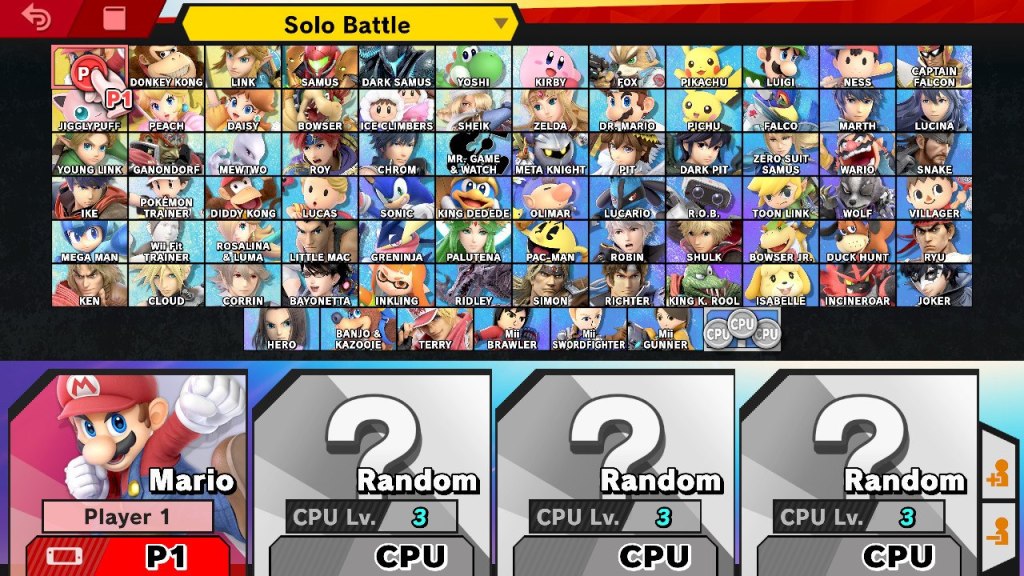 It all started when I was a child playing the original Spider-Man movie tie-in game on the PS2, and at a certain point I was frustrated with a mission. Like a spidey-sense, my first case of OCD occurred when I thought I had to defuse a bomb, or something horrible will happen to me. It was terrifying as a kid that if I failed this mission, the people around me could be hurt, so panicking, I turned off the console and never played that Spider-Man game since. That might be why I’m not so much into that trilogy of films anymore.

Something horrible will happen if you don’t prevail.

And it kept coming and coming. Depression began to sprout within and grow inside as I was teased in secondary school and became fearful of death and Judgment Day. Thankfully, both of these faded away as I moved to Canada, but the bullying from the past has left a permanent mark on my image and self-confidence. I’ve been doubting myself since then and even until today.

But I found solace within gaming, essentially story-focused titles. Confident and upbeat heroes, like Sora from Kingdom Hearts, Jade from Beyond Good & Evil, and Yuna from Final Fantasy X, kept me inspired to fight back. They fought through their adversities, and the overwhelming pressure against them. They prevailed and just like any great film or book, these characters connected with me as a kid and as an adult.

A thought-provoking or character-driven story can keep me hooked and forget about the thoughts, the false threats, and the self-doubt. Unlike movies or books, I find strength in the characters I play, and the power they possess because I’m controlling them.

I have grown stronger. I was able to get over my listening impediment and performed plays, impress the school staff with my foreign language and drama skills, and then a decade or so later get my Communications degree.

While not as often than before, my OCD and depression has set me back from my aspirations and dreams, but I’m fighting now, and if you are too, you’re not alone. We’re all in this together!